Best temples for spiritual The majority of Hindus in Bali, who have very strong religious beliefs, have various procedures to be able to connect spiritually with God. This includes the belief of cleaning self in a physical and spiritual way. The process of this Hindus  cleaning self have a procedure called melukat or meruwat. There are a number of temples as a place to do melukat or usually called by genah melukat. These temples also become popular tourist destination where people usually come to complete their Bali tour.

Melukat place in the sacred area of ​​Tirta Empul Tampak Siring temple is one of the most popular places. Located in Manukaya village, Tampak Siring District, Gianyar, Bali. The natural springs are placed in a holding pond and then flowed to the bath through a number of showers. Genah melukat in Tirta Empul is believed to be able to clean the physical and spiritual impurities, eliminating all damage. So that everything that is negative in the body can be neutralized. 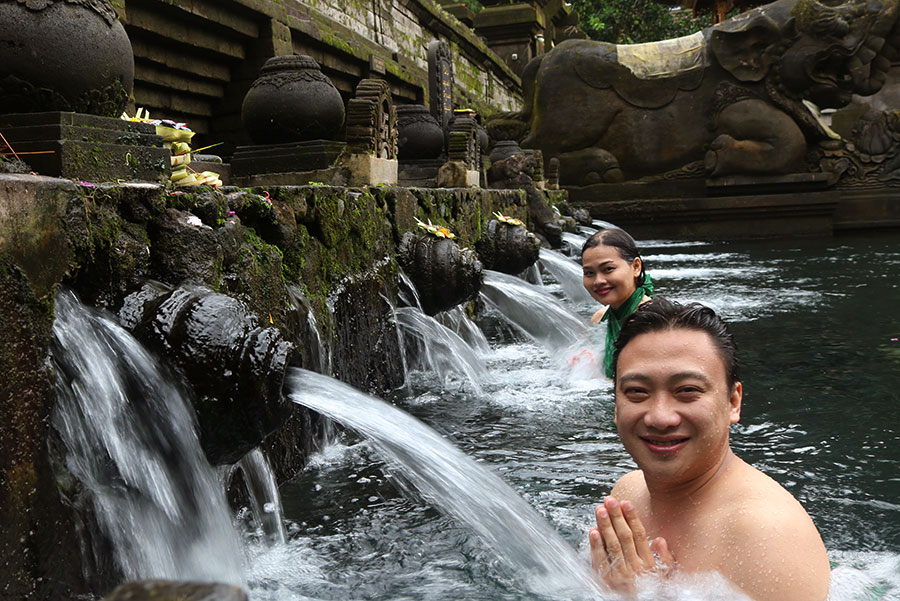 Pura Tirta Empul Tampak Siring, has a unique story related to king Mayadenawa. King Mayadenawa is a despotic king finally died in the hands of Lord Indr. Tirta Empul besides being a genah melukat place is also a popular tourist attraction when having a Bali tour.

This genah melukat is located on the beach of Padang Galak Sanur. The holy temple of Campuhan Windhu Segara was built in 2005 and is believed to cure diseases. There are 3 places for the first rolling sequence at the Pelinggih of Betara Wisnu while at the same time rolling with bungkak, in the waters of the beach and in beji temple. 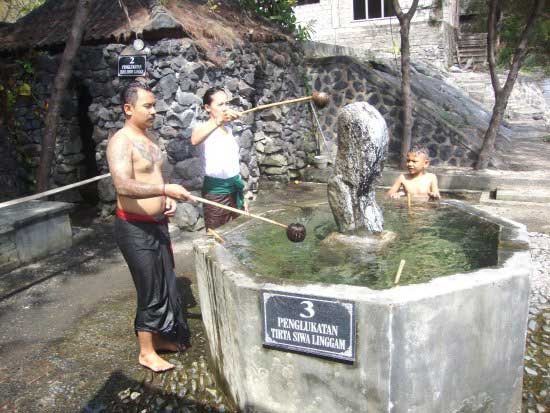 This temple was built and was initiated by Jro Mangku Gede Alit Adnyana, he was the founder and inventor of the temple after 108 days going to the middle of the forest doing tapa, brata and yoga while now being given the title Mahaguru Altreya Narayana. Mahaguru who had despaired because of kidney failure.  Then he got instructions and physicists to establish this temple, after being fulfilled he was recovered as of now.

This temple is located on the riverbank of the village of Sedit, Bebalang in Bangli. Melukat in this place is believed to be able to cure various diseases caused by mystical things, fusing all the power of black magic, so that all negative forces can melt and all things (dirt) in the body can be thrown away. 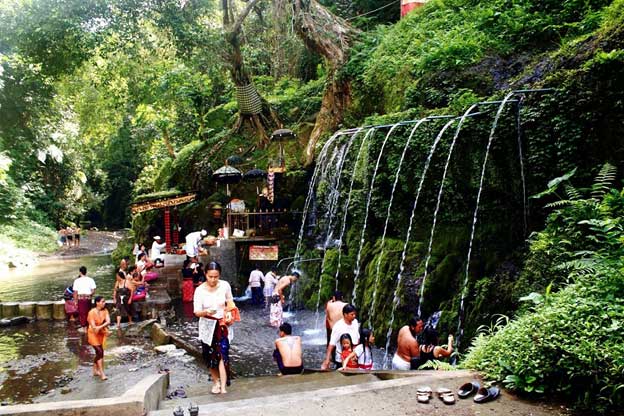 In this place the procession is carried out several times, the first melukat starts from 3 sources of springs (kelebutan) on the river, then leads to 9 pieces of showers as high as about 3.5 meters called Nawa Sanga Deworan and the last one leads to 3 small castings.

Located in Penebel, Tabanan regency, this temple is believed to be the place to heal black magical illness. Many Hindus come to this place to seek treatment and healing.  As the name comes from the word Tamba which means medicine and Waras means recovery. 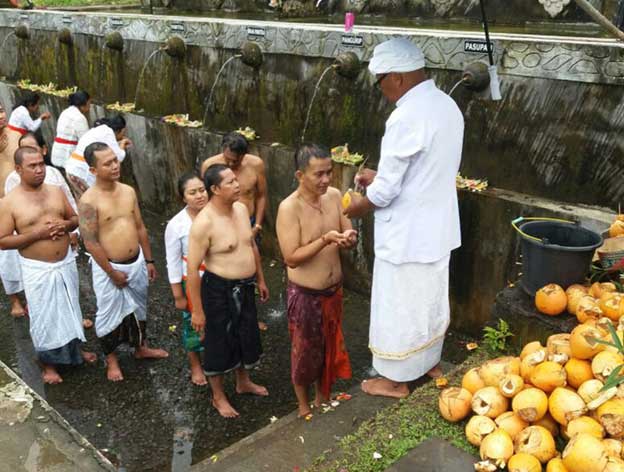 The ritual process and requesting treatment is first conducted by melukat in the form of seven showers known as Pancoran Sapta Gangga. During the process of painting, sometimes those who are infected with the disease from mystical deeds are fainted or possessed. There are even those who throw up as a sign that there is a reaction in the human body after the process of melukat.