Get to Know Rare Birds by “Bird Watching” in Mangrove Forest by Farmers of “Alam Lestari” in Pejarakan Village, Gerokgak, Buleleng Bali.

Mangrove Forest located at  Pejarakan village, Gerokgak sub-district is located in the west of Buleleng regency, around 66 km west of Singaraja city, or it takes about 1 hour and 40 minutes by driving from Singaraja city to reach the village. Nowadays Pejarakan village has been becoming one of tourist destinations in Buleleng, Bali. Besides its location which is used as a place for crossing the sea to Menjangan Island, and is close to West Bali National Park, Pejarakan village also keeps the beauty of the gorgeous and maintained mangrove forest. One of the highlighted mangrove forests is ALAM LESTARI MANGROVE FOREST. 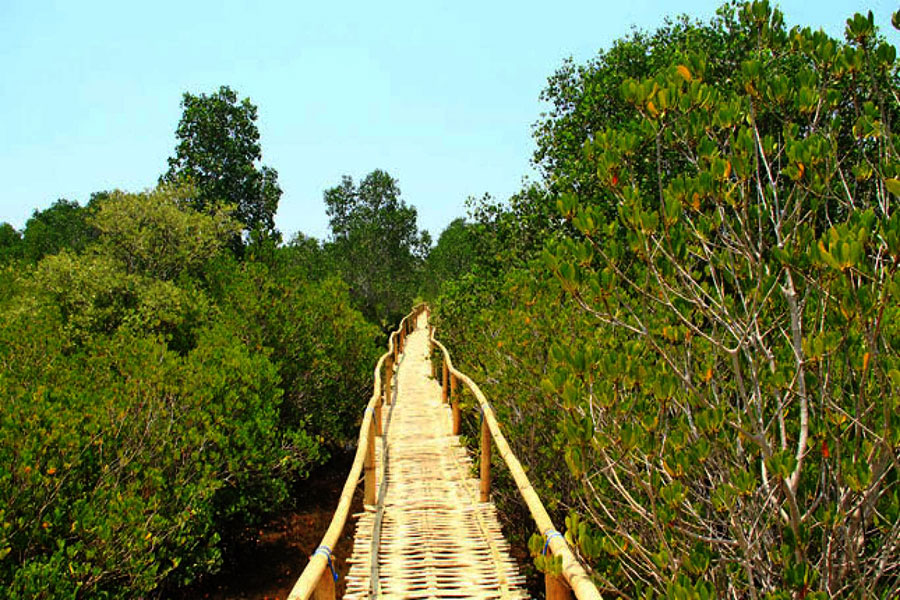 No one thought that the beautiful mangrove forests by the farmers of “Alam Lestari” in Pejarakan village Buleleng, were once damaged due to excessive exploitation for firewood and housing, as well as expansion of land for shrimp and salt ponds. Around 200 hectares of natural mangrove land was exploited and leaving only 30 hectares of mangrove forest in a condition of severe damage. As a result of exploiting the mangrove forest, there was an intrusion of sea water that caused the water on the land to be salty and not suitable for consumption. Air temperature rises, rainfall decreases, resulting in drought in the surrounding area. Realizing this, the villagers were aware of the importance of protecting the environment for their survival, then around 2000 the villagers agreed to replant the land they had damaged. However, due to the lack of knowledge about mangroves, many of the mangrove seeds they planted did not grow well. The first stage of planting was not optimal. 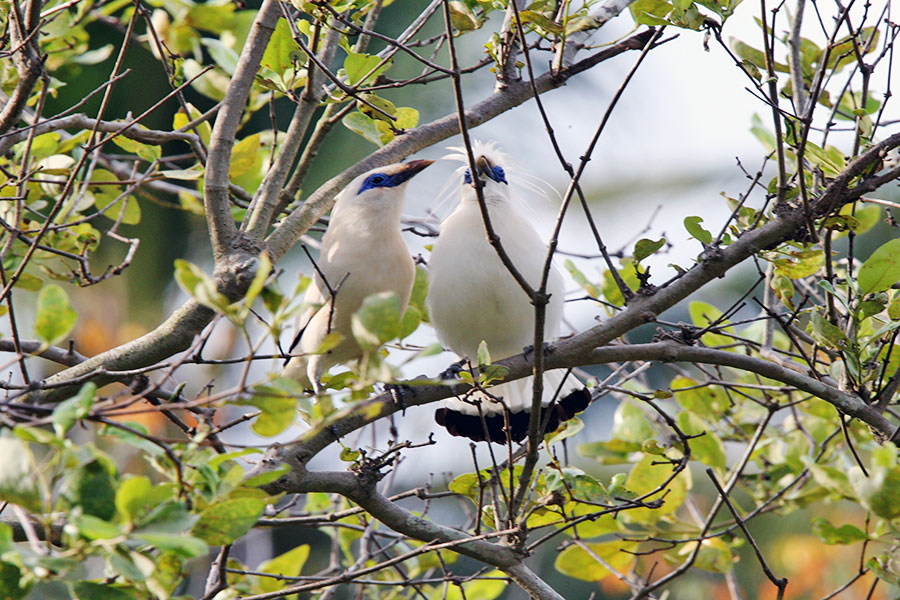 In 2004, with the initiative of the village chief they formed a new group to replant and maintain mangroves in the area. This group was named the Alam Lestari farmer group which was chaired by Ketut Nasa who currently also roles the Head of the Marga Garuda hamlet. In the same time the government also launched “Gerakan Nasional Penanaman Hutan dan Lahan (National Movement for Planting Forests and Land)” or GERHAN. The collaboration of GERHAN and farmers of Alam Lestari has succeed to do 150 mangrove seeding. In the next year of 2015, the seeds were ready to be planted. Few months after the planting, the result occurred with a success rate of 95% of the total number of seeds planted. 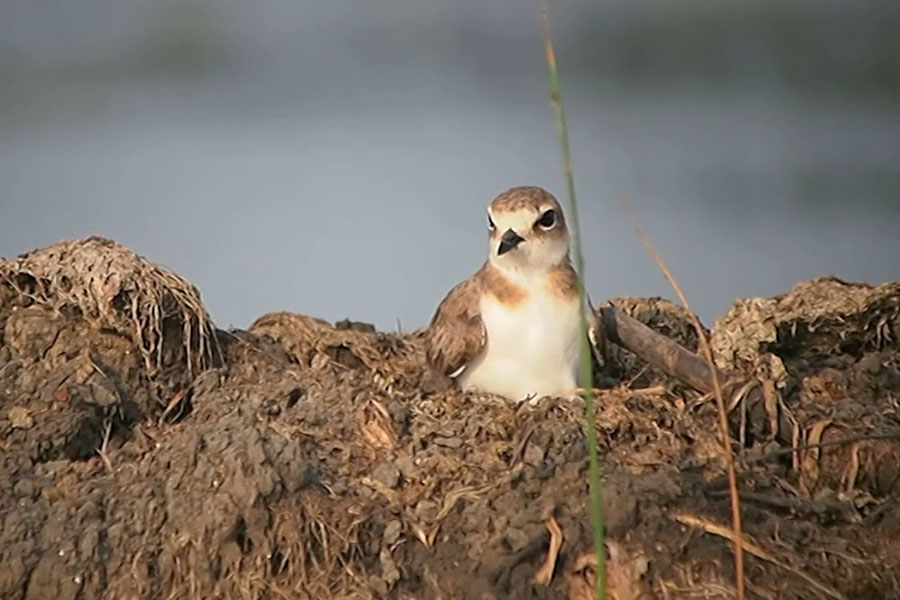 Now the forest is growing very well and very dense. The types of mangrove that have successfully grown in this area are as follows; Rhyzopora Mcronata, Cheriop Tagal and Bruguera, while mangroves that can grow naturally are as follows; Lumitzera, Avicenia and Xylocarpus Granatum. The impact of this is various types of sea creature begin to live comfortably in the area. Various types of birds that once disappeared are now back again. The return of this beautiful mangrove forests invites rare birds that live in the forest area of ​​West Bali National Park to come for food or just perching on healthy and growing mangrove trees, such as Beach Thicknee, Javan Plover, Savannah Nightjar and Small Blue Kingfisher. Fresh air is not a rare thing in the area now, water on the land becomes normal as well as the rainfall. Various awards from the government have been given to the farmers of Alam Lestari, for example the award for being the first rank in the provincial level of Bali in the field of conservation and also the 6th in National level. 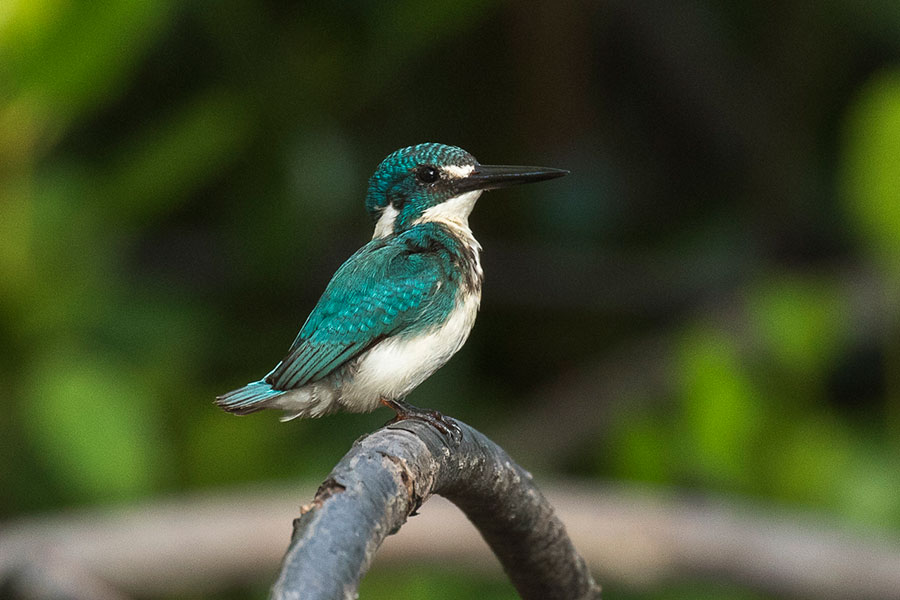 However, from all the efforts of the villagers and the farmers of Alam Lestari in Pejarakan village, they have not been able to obtain direct benefits related to economy from the presence of mangrove forests that they have cared for. In contrast to similar famer groups in other locations who receive supports from the government for management as a commercial tourist attraction that is certainly economically impactful for its villagers. According to Ketut Nasa as chairman of Alam Lestari Farmers Group, he had once submitted an order to get support in the infrastructure sector that can help mangrove forests to become organized tourism destination so that it can contribute to the economic improvement of the villagers. But until now there has not been any support they have received.

Hopefully this article can bridge the government, in this case the relevant agencies that can facilitate the farmers of Alam Lestari to achieve the goals they aspire to.